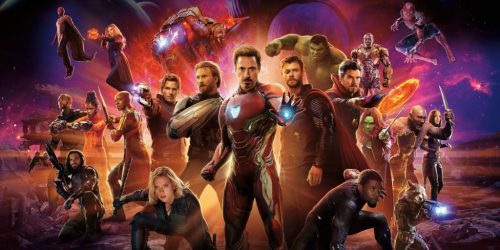 One of the things that struck me when I revisited this blog was just how much of the MCU (Marvel Cinematic Universe) had come and gone in the past 5 years. It is still surprising to me that they keep churning out more movies, and that most of them are really pretty good. Back in January, we started a full rewatch in order to be ready for Infinity War when it came out in May, and it was fun to revisit and catch up with the characters I have (mostly) come to love. Since it would be a lot of work to go back and talk more specifically about all the films since I last blogged, I’m going to offer up my ranking of the MCU. Obviously such a list is highly personal  –  nobody’s are going to look exactly alike. I’ll give some justification for my choices, but of course you are welcome to disagree. I’d love to hear your take; I could talk about these guys all the time.