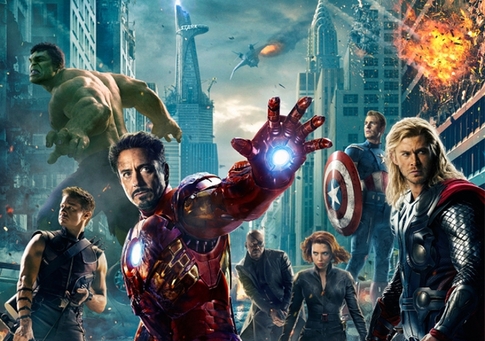 Happy 2013! I hope that your holidays were warm and bright, and that you are ready for the new year. As far as movies go, things are getting going in a big way, with Award Season practically on top of us already. Oscar nominations are announced this week, and the Golden Globes are next Sunday! Despite having seen very few new releases this year, I’m as excited as ever to follow all the action. There are quite a few highly regarded films all jockeying for position right now, so it’s anybody’s guess what will take home the biggest prize of all.

2012 was indeed a big year for movies, and in looking back at my posts, I was surprised to find that it was a pretty big year here, as well. While I didn’t see a lot in the theaters, we made some good headway on our AFI project, and I also participated in a really fun movie-reviewing competition that took me way out of my comfort zone, in some cases. Want to learn more? Read on!

Despite my love of keeping things tidy, I found it impossible to cut this list down to five. Since three of the movies were all featured in the same post, I feel somewhat justified.

Breakout Performer of the Year

Last year, Banana Oil’s Breakout Performer, Michael Fassbender, was a current rising star who featured in a number of 2011 releases. This year, we’re changing things up a little bit. In 2012, I was blown away by Elizabeth Taylor. Yes, I know that she has long been a mega-star, but since I’m just now getting around to watching some of her films, she’s new to me, at least in regard to her amazing talent as an actress. You might have noticed that Who’s Afraid of Virginia Woolf? and Cat on a Hot Tin Roof are listed as two of the best movies I saw in 2012. Taylor gives incredible performances in both, and as such, deserves to be featured here. She admirably proves herself as more than just a pretty (the prettiest?) face, and I look forward to acquainting myself with her work more in the coming year.

2012 movies at the Top of Netflix Queue

Once again, a Happy New Year to you, dear readers, and thank you so much (as always) for reading! In the coming year I hope to not only see more current movies, but continue to learn more about the classics. I also hope to feature fewer reviews and more creative posts: if anyone has any suggestions, please let me know! I do have a couple of reader questions still floating around that could certainly be addressed. All the best to you in 2013!

This entry was posted in Uncategorized. Bookmark the permalink.